Visible Uncleanliness And How To Cleanse It?

Q. How to clean leather articles, such as socks; shoes; hold-alls, etc. if some filthy material defiles them?
A. These are cleaned (purified) by rubbing them against the ground, or any other substance, provided filth and its effects are fully removed.

Q. How to clean (purify) these articles if filth like urine, wine etc. defile them?
A. Washing with water, or any other thin clean liquid, removes the impurity. Therefore other defilements on leather items, except solid dirt; cannot be cleansed by a rub; hence must be washed.

Q. Could the dirty (Napak) articles like knives; swords or things of steel; silver; copper or aluminium etc. be cleansed without washing
A. Plain items of iron, which are rust-free, and things made of silver; gold, copper; aluminium; brass, and lead—without engravings, also those made of glass, ivory and bone; and crockery, can be purified by rubbing them in a manner that all traces of filth and its effects are completely erased. (Items should have no carving).

Q. What is meant by ‘no-engravings’?
A. It means that there should be no carving marks (lines etc) on the surface of the things. Due to the uneven surface, rubbing cannot clean off the dirt. Things, however, become pure by the rubbing, if they just have coloured patterns, but no engravings.

Q. How to clean the ground which is defiled with urine, wine etc.
A. Uncleanliness automatically vanishes once the ground dries up, and the effects of uncleanliness (such as colour, smell and taste) disappear.

Q. How to clean the baked bricks, or stones on the floor of a house or a mosque, or those on a wall which have been defiled by filth?
A. The bricks or stones of a building become clean when their surface dries up and the effects of the filth disappear.

Q. What is the method of purifying or washing articles like brass vessels or thick cushions which cannot be wringed?
A. The method to be followed in cleaning articles that are difficult or impossible to Wing is as follows:

Q. Can the defiled clay vessels, be purified?
A. Clay vessels can also be cleansed. The method described in the previous Question & Answer holds good here also.

Q. What is the procedure for purifying unclean butter oil, or oil?
A. Add water to the unclean ghee or oil, equal to its quantity and boil the two together. Then remove the ghee, or oil that floats on the surface. Repeat this process, thrice, and the ghee or oil will become clean. 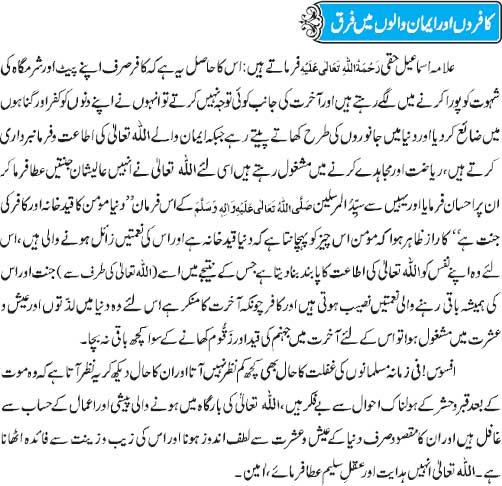 Q. What sorts of water are good for Ablution (Wudu)?
A. Ablution (Wudu) and Bath (Gnusl) are allowed with rain water; spring or well’s water; stream, river/sea water; melted snow; hail-water; water in a large pond, or a big tank.

Fruit juice; squeezed sap (fluids of plants & trees); soup; such viscous water whose color, smell, and taste have changed due to its blending with any permissible thing. Water in small quantity in which some impermissible thing has dropped, or some animal has drowned and died in it; water that has already been used for Ablution or Bath. Also, such water which is largely polluted; water from which forbidden (Haram) animals have drunk, and water distilled from aniseed, rose, or any other herb.

Q. What term is used for the water which has already been used for Ablution or Bath (Wudu & Ghusl)?
A. Such water is called ‘used-up-water’ (Musta’mil). I1: is clean by itself, but is not permissible for re-using it for Ablution, or Bath. BISMIL-LAHIR-RAHAL4RIR-RAHIM (In the name of ALLAH, the Beneficent, the Merciful)

Allah says in Holy Quran (9:109):”…..therein, where there are men who love to purify themselves. Allah Loves the pure…”
This verse was revealed in which Allah is praising the people of Quba who were accustomed to using both stones and water after calls of nature

Q. What is meant by Istinja?
A. Istinja means the removal of dirt that is left on the body after the call of nature: such as urine, or faeces.

Q. How to perform Istinja after urination?
A. After passing urine, its drops should be dried with clean mud, and then washed with water.

Q. How to perform Istinja after excreting faeces?
A. After discharging faeces, the unclean area should be wiped with three or five pieces of mud. Then wash the body with clean water.

Q. What is the importance of Istinja?
A. Istinja is desirable (Mustahab) if excrement or urine has not smeared the private parts. Istinja is Sunnah (Masnun) if the dirt spreads around, but covers less than, or equal to a ‘Dirham’ in area. But if the dirt covers space of over one ‘Dirham’, it is obligatory (Fard) to perform Istinja.

Q. Which substances may be used for Istinja?
A. Clean mud or pieces of stone can be used for this purpose. ( note: If there are no proper facilities for the disposal of mud and pebble-like, instead only water must be used alternatively use toilet paper before applying water

Q. What things are undesirable (Makruh) in Istinja?
A. It is undesirable to do the Istinja: (I) Facing the Qiblah, or sitting with one’s back in that direction. (2) At a place where parts of the body that must remain covered from others (Satr) are exposed to others.

Q. What things are undesirable (Makruh) while urinating, or passing stool?
A.

Some Issues Regarding Ghusl

Q. Which Baths are Sunnah, and what are their names?
A. These are four, namely:

Q. Which, and how many Baths are ‘Desirable’ (Mustahab)?
A. These are quite many. However, a few of them are:

Q. If there is the necessity for a Bath (Ghusl), and one stands in rain; or dives into the river, water flowing all over the body, would that fulfill the conditions of having a Bath?
A. Yes, provided that one also rinses the mouth, and passes water into the nostrils.

Q. How is it to bathe with the Satr, uncovered?
A. it is permissible to bathe naked in the bathroom, or at any other secluded place, where one’s Satr is not exposed.

Q. What are the undesirable acts (Makruhat) in a Bath?
A. These are:

Q. If ablution (Wudu) is not performed before the Bath, is it necessary to do so for prayer, after taking the Bath?
A. Bath covers ablution, as well. Therefore, no ablution is necessary after the bath.

Q. To what extent gross defilement (Najaasat-a-Ghaleeza) is excusable?
A. If the gross defilement is thick like excrement, its maximum extent of three grams is excusable. If it is in liquid forms, such as wine, or urine, then it is excusable if the area covered is not more than that of an English one-rupee coin. To be excusable it means that the prayers offered with such defilements on the body or the clothes will be valid, though undesirable. Not removing, deliberately, even such an extent of defilement, is not allowed.

Q. How much light defilement (Najusat a-Khafeefa) is excusable?
A. It is excusable when it covers less than a quarter of a garment or less than one-fourth of any particular part of the body.

Q. Can defilement be cleaned just by the water, or also by something else?
A. Yes, by all thin fluids such as Vinegar; or watermelon juice. These are good enough to wash gross defilement (Najaasat-a-Haqiqiyyah) 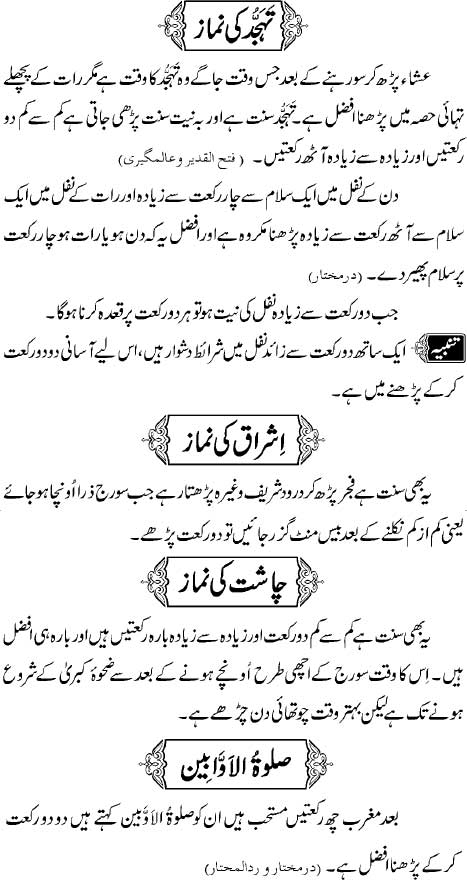 The major Uncleanliness (Najaasat-eHukmiyaah i.e. Hadas-e-Akbar and Janabat) can only be removed from the body by washing the entire body (bath) as known as (ghusl).

Fard Ghusl (Ghusl has to be done in these circumstances):

In-state of janaabat the following actions are prohibited 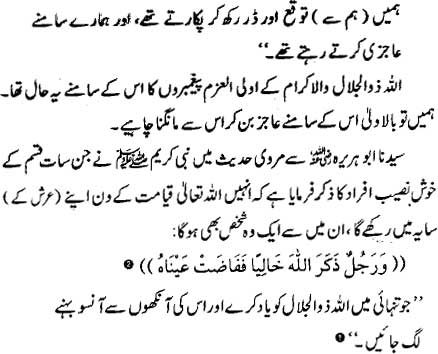