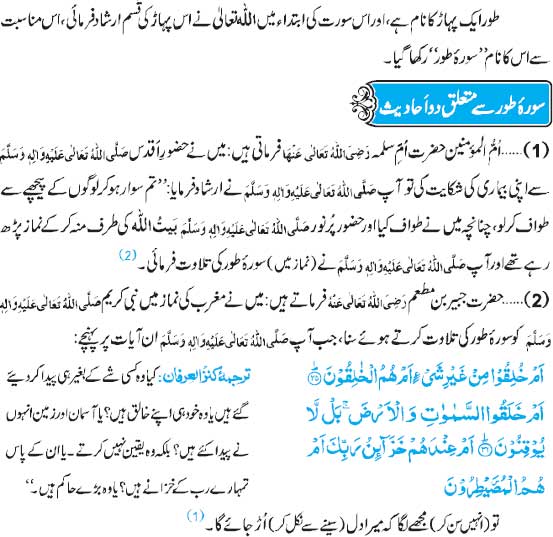 O People! Verily Allah has Prescribed Upon You Hajj So Perform Hajj

Allah (Subhanahu wa ta’ala) revealed in the Qur’an:- “And proclaim the Hajj among mankind. They will come to thee on foot and (mounted) on every camel, lean on account of journeys through deep and distant mountain highways”(Source – Quran ~Surah Al-Hajj~ Ayah #28).

Hajj is the fifth pillar upon which Islam stands. Allah (Subhanahu wa ta’ala) made it compulsory …. for every able Muslim male and female to perform it, at least once in a lifetime.

Allah (Subhanuhu Wa-Ta’ala) revealed: Hajj thereto is a duty mankind owes to Allah, those who can afford the journey, but if any deny faith, Allah stands not in need of any of His creatures”.
(Source:- ‘Quran’ ~Surah Ali Imran, Ayah # 97).

Performance of the Hajj washes away all sins. Abu Hurairah narrates:- I heard the Prophet (Sallallahu Alaihi Wasallam) say… “Whoever performs Hajj and does not commit any Rafath (obscenity) or Fusooq (transgression),
he returns (free from sin) as the day his mother bore him”.
( Source ~Sahih Bukhari).

Hajj is one of the greatest deeds one can accomplish in his or her lifetime.

Abu Sha’thaa’ said:- “I contemplated the good deeds that a person does. I found that salaah, as well as fasting, are a jihad of the body. And that sadaqah is a jihad of someone’s wealth. But Hajj is a jihad of both body and wealth.”

Hajj is the greatest Jihad. Aishah (Radiallahu anha) asked the Prophet (Sallallahu alaihi wa sallam)… “We find that jihad is the best deed, shouldn’t we (women) do jihad?” The Prophet (Sallallahu Alaihi Wasallam) replied… “Rather the best jihad is a Hajj Mabroor!” Aishah (R.A.) later said… “I’ll never cease performing Hajj after I heard that from Rasul Allah”
(Agreed Upon).

He (Subhanuhu wa-ta’ala) called them and they answered. And they asked Him, and He shall grant them (what they ask for)!”
(Source:-Authentic hadith, narrated by Ibn Majah and Ibn Hibban).

There is not a single day that the sun has come up on more beloved to Allah (Subhanahu wa ta’ala) than the Day of Arafat. The Prophet (Sallallahu alaihi wa sallam) said:- “There is no day on which Allah frees more of His slaves from Fire than the Day of Arafat, and He verily draws near, then boasts of them before the angels, saying:- ‘What do they seek?’
(Source:-Sahih Muslim).

And in another hadith:- “Verily Allah boasts of the people of Arafat before the people of Heaven (angels) saying: ‘Look to my servants who have come to Me disheveled and dusty.'”

Abdullah ibn Al-Mubaarak narrates:- I went to Sufyaan ibn al-Uyaynah as the day of Arafat was setting. He sat on his knees, his hands raised to the Heavens, and tears moistened his cheeks and beard. He turned and looked at me, so I asked him, “Amongst the people who have gathered here for Hajj, who is in the worst state?” Sufyaan ibn al-Uyaynah said… “He who thinks that Allah will not forgive him.”

when Ibn Umar was on his deathbed and his son reminded him of all the good deeds that he did with the Prophet (Sallallahu alaihi wa sallam) and the companions. He told him,:- “Quiet! Don’t you know whom Allah accepts from… Verily Allah only accepts from the God-Fearing
(Al-Muttaqoon).”

Indeed, the Prophet (Sallallahu Alaihi Wasallam) said:- “And there is no reward for an accepted Hajj- except …*Jannah*

Tears in my Eyes!
‘Insha Allah’!
‘ Son of Adam! You are nothing but a number of days, whenever each day passes then part of you has Gone.
{Al-Hasan Al-Basree}

Prophet’s Sayings: On Ten Things Are Part Of The Fitrah

Narrated by Ayesha (may Allah be pleased with her) ALLAH’s Messenger (peace be upon him) said:
“Ten things are part of the Fitrah (Not Allowed to keep more than the forty days):

1. Cutting the mustache
2. Letting the beard grow
3. Cleaning the teeth with a Siwaak
4. Rinsing the nose with water
5. Cutting one’s nails
6. Washing between the finger-joints
7. Plucking the armpit hairs
8. shaving the pubic hair and
9. Cleaning one’s private parts with water.”

Mus’ab said: I have forgotten the tenth but I think it was rinsing the mouth.

[ Reported by Ahmad, Muslim and the four authors of Sunan, from the hadeeth of ‘Aa’ishah, may Allah be pleased with her ] 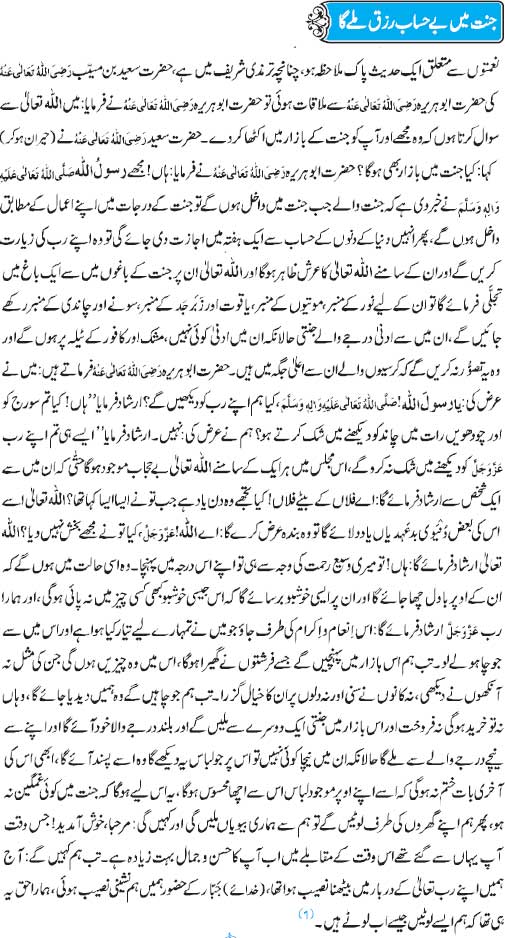 Abu Hurairah (May Allah be pleased with him) reported: The Prophet (PBUH) said, “He who believes in Allah and the Last Day must either speak good or remain silent.”[Muslim].

Abu Musa Al-Ash`ari (May Allah be pleased with him) reported: I asked the Messenger of Allah (PBUH): “Who is the most excellent among the Muslims?” He said, “One from whose tongue and hands the other Muslims are secure. ”[Al-Bukhari and Muslim].

Abu Hurairah (May Allah be pleased with him) reported: I heard the Prophet (PBUH) saying, “A person utters a word thoughtlessly (i.e., without thinking about its being good or not) and, as a result of this, he will fall down into the fire of Hell deeper than the distance between the east and the west.”[Al-Bukhari and Muslim].

‘Uqbah bin `Amir (May Allah be pleased with him) said: I asked the Messenger of Allah (PBUH), “How can salvation be achieved?” He replied, “Control your tongue, keep to your house, and weep over your sins.”[At-Tirmidhi] .

Abu Sa`id Al-Khudri (May Allah be pleased with him) said: The Prophet (PBUH) said, “When the son of Adam gets up in the morning, all the limbs humble themselves before the tongue and say: `Fear Allah for our sake because we are with you: (i.e., we will be rewarded or punished as a result of what you do) if you are straight, we will be straight; and if you are crooked, we will become crooked. ”'[At-Tirmidhi].

After Performing Umrah For Men